A Letter of SUPPORT to the Gaslit, the Abused

A Letter of SUPPORT to the Gaslit, the Abused

Many of us with trauma in our background have trauma in our foreground. The dynamic is familiar, and often reflects in our adult relationships.

If you find yourself today having left, or trying to leave, an abusive relationship, more often than not, the people around you won’t understand.

So many misguided opinions swirling, all coming from a very detached, EXTERNAL, THIRD-PARTY, disassociated, uninformed and/or misinformed view.

Particularly if you are being, or have been, gaslit.

You see, a gaslighter often feigns “innocence,” “cluelessness,” “confusion,” or “concern” … while insidiously, over the long-term, spreading “a story” about YOU.

The abuser often guides the narrative.

The abused often feel too ashamed, too damaged, too confused, too beat down, too embarrassed, too wounded, to tell our stories.

The abuser presents themselves to the world as laughing, confident, charismatic, outgoing, slighted, caring, and a host of other things that leave empathetic stars in third-party eyes with each interaction.

So when YOU go to the starry-eyed for help, advice, or support … they doubt your story. YOU, the abused!

And they’re blind to even *considering* the TRUTH.

Or, they come to YOU out of compassion or pity for the abuser, defending them, supporting them … and encouraging YOU to go back.

Those with external perspectives should stop to THINK ABOUT the fact that it’s a massively, agonizingly difficult—and perhaps once-in-a-lifetime—decision to end or greatly restrict contact with someone you’ve been with for years.

Or someone you’ve known all your life, particularly one who helped bring you into the world.

These decisions are obviously never made spontaneously, quickly, and they’re not made lightly.

They’re made often after years—and years—of maltreatment, abuse, and a whittling away of your decency, your dignity, your credibility, your happiness, your self worth, and your sanity.

And really… when do we get to say enough IS enough?

Recently, someone advised me to return to the abuser. I replied calmly, firmly, but quickly: “So you think I should keep putting myself in a position to continue being abused?”

Yeah. THINK about that. He clearly wasn’t expecting that response. It shut down all further conversation and “advice” from his side. Because he hadn’t considered that, oh, I don’t know, there could actually be a very good reason for the way things were going down?

Of course, after that, he changed his tune. And as you might expect, he didn’t inquire as to what the offenses actually were, but stumbled and bumbled his way gradually to another opinion.

That was fine with me.

Oftentimes, others are so set in their narrative of trying to tell YOU what to do—without knowledge of your situation … remember that—that they’re so bent on doing their good deed for the day that taking time to UNDERSTAND YOU isn’t on their radar.

Very few are taking time to OPEN lines of communication FOR YOU to express what may have been, for a time, eating you up inside. And perhaps still is.

To those third parties, I say, “Do the research.”

To those third parties, I say, “THINK.”

Do you really expect an abuser to openly and regularly share the ways in which they abuse?

Jeffrey Dahmer was well liked in his community.

Even going to fiction, Dexter Morgan was revered on a regular basis.

Hell, even Ronald Chump had a 65% approval rating, or some such nonsense, and rabid, undying support.

And to those of us perhaps grappling with important decisions … or having already grappled and come to a firm conclusion … REMEMBER the reasons you have done so. And recall the RISKS of going back to the abuser.

Such a decision isn’t easy. It never will be. But don’t let time and misguided third-party views push you back into an unsafe situation.

Last point: What is “unsafe” when abuse and violence isn’t physical?

When abuse is emotional and psychological (or sexual), there are no outward bruises. And it’s even harder for third parties to identify.

This makes these forms of abuse even more harmful and dangerous.

There is often no “evidence” of 0ngoing abuse.

Abusers abuse in the dark, in private … where  the words, the behaviors, can cut you like a thousand knives and leave indelible stains on your heart. Your sense of self respect. Your psyche.

If there IS any third party who knows the abuser, but is likely to understand your situation—say, they’ve cut off contact with the abuser—build your support.

Band together with others who understand you.

And all we got is us.

Who can YOU help by sharing this message? 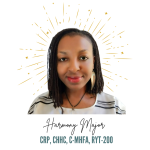